Your choice of headset will depend on what you intend to use it for. The answer will depend on your budget, interest, project idea and the number of electrodes required. Before purchasing a headset, think about your programming experience and Project Idea.

What to look for in a headset.

When deciding which EEG headset to purchase, there are a few features you should look at when making your decision.

Number and Placement of Electrodes:

Depending on the type of brain response you want to measure, your system may need a minimum number of electrodes. Measuring Relaxation levels is easy with 1 or 2 electrodes but measuring other brain activity can be difficult. In most eeg papers, they will state where on the brain the strong response came from.

Also, many consumer EEG’s have electrodes which are rigid and can’t be moved. If you want to measure Motor Imagery with the Muse, you won’t have much success. You would be better off with an OpenBCI so that you can place the electrodes where you want.

The Sampling Rate of an EEG is the number of sample a second you can get from your device. Most devices will have a minimum of 256 samples a second, but you can find some which have a higher sampling rate. Depending on the frequency you are interested in studying, your sampling rate needs to be at least 2.5 times greater.

This EEG tutorials has some more details on the sampling rate

Simply put, the Analog to Digital Converter (ADC) Bits is the resolution of the signal. The number of bits is important in being able to accurately estimate the voltage, but more bits doesn’t necessarily mean better quality data. To give an idea of how it would work with eeg data, let’s say your system has 4 ADC bits and you want to measure a signal between 0 and 10 Volts. This would mean that your computer would represent the data in the following way:

What does 12 or 16 bit resolution mean? What are the advantages of a 24 bit system?

Muse is an EEG device which has developed as a meditation device. It has 4 channels, 1 reference and two ground electrodes. The Muse headband comes with electrodes placed on Af7 and Af8 location if you are following 10-20 International Standards. It is one of the easier bands to get started with if you are interested in learning EEG as it requires no head prep. 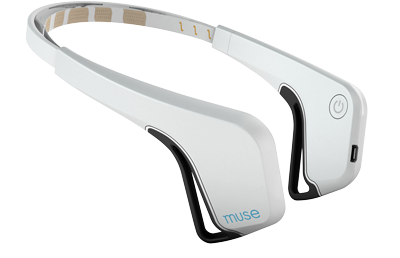 The OpenBCI is an open source EEG and can go to a maximum of 16 channels. It was originally a 2013 Kickstarter project, but has expanded the original concept to include an open source 3D printed cap. There is also a 4 channel system which can be purchased if you need something cheaper. 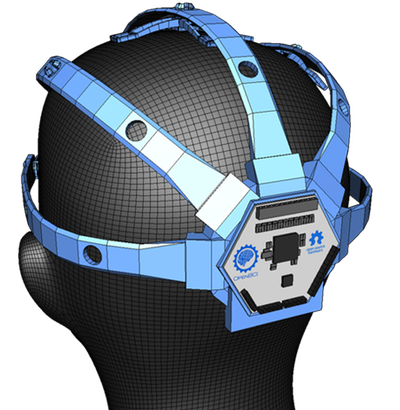 Any paradigm which needs only 16 channels or less

The Emotiv Epoc is one of the first consumer EEG devices released on the market. The popularity of the company surged in 2012 and 2013, which can be reflected by its sales and number of DIY projects.

The Epoc is more stylish and easier to wear. It has 14 channel EEG which has a static form factor. This board is a good option for easy development and it only requires software experience. It is a popular device to use for EEG research as the cost is much better versus other research grade mobile EEG providers. It is however less economic than other commercial headsets and has an additional cost for accessing the data that the headset collects. 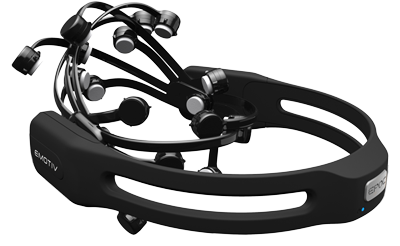 Many paradigms which need only 14 channels or less

The Emotiv Insight was the second product which Emotiv brought the market, and was marketed as a more economic option to their first product. 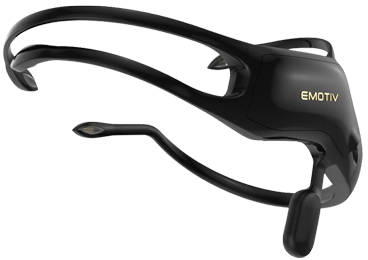 Many paradigms which need only 5 channels or less

The Neurosky is one of the original consumer EEGs on the market. The design is simple and only has 1 channel meant for use. Some people say they have built more complicated products with them.